There she lived until the last few weeks of her life, undaunted by the challenge and the physical difficulty of living alone for the first time in her life—it being no small feat for a woman in her nineties to climb the steep, narrow stairs up to her apartment on a regular basis. Despite great differences in their cultural background, my grandmother shared certain character traits with the great Southern writer: a sometimes morbid sense of humor, delight in mild scandal, and mischievous pleasure in shocking delicate sensibilities.

She and a friend would mail each other obituaries they found particularly ridiculous or narcissistic, edited with witticisms and wry commentary. Grandma loved a good story and an unexpected twist. One of her favorite anecdotes concerned hundreds of mating frogs that once descended on the courtyard she shared with my aunt.

The unrepeatable punch line involved a certain alliterative nickname given by my aunt to this pack of procreating creatures. For those of us who knew her, the historical importance of her death pales in comparison to the personal tragedy of losing her. But this is ultimately a lie. In the deepest sense, death is unnatural. Death is wrong. Death is an enemy—the last enemy to be conquered. Then she had a stroke. Her brain hemorrhaged. She stopped eating. And my father and my aunt fed her ice chips and talked with her or to her and stayed by her side day and night, and my father prayed that the end would come peacefully and swiftly.

Despite heavy sedation, Grandma died in great physical anguish with complete spiritual peace and even, she said, great excitement—to see Jesus; her husband, my grandfather; her grandson, my cousin; and other family and friends, who had passed before. As my father held vigil at her bedside one night, she suddenly began groaning and calling for her daughter.

Dad, functioning on almost no sleep over the previous two nights and fearing that the end was nigh, sprang into action. You stay right here!

Dear Grandma - A letter for you.

Am I still here? Ruth Johnston Perkins died between Ascension and Pentecost. A week and a half later—just after Trinity Sunday—her great-granddaughter, Ruth Chapman Perkins, was born. Grandma Ruth exited the world with great physical suffering, and eleven days later my wife brought our daughter into the world, through forty hours of agonizingly painful labor.

We pray she will carry that legacy on, a proud and faithful bearer of her family history. Because of the manner of her death—with her indefatigable spirit intact through the last—you might say that Grandma conquered death. She was not overcome by fear of the unknown, despite physical agony, she was never brought to despair.


For instance, a strongly worded diplomatic condemnation accompanied by no other action is often characterized as symbolic—which is to say that, despite the rhetorical vehemence, such a statement is ultimately meaningless. The symbolic is superfluous.

It points to and makes real a greater reality, a more comprehensive truth. Paul puts it, but present with Christ. On the last day, she will be restored to her body, to a renewed and perfected body. Grandma triumphed over death and so will we. The God, who is God, became a human being, died on a Roman cross, was raised from the dead, and ascended into heaven. And the God, who created all things, will return to put all things to right.

Only this time, I focused more on celebrating her life more than lamenting her death. My Baba Maya knew where she wanted to go and she figured out a way to get there. She got things done.

She was our matriarch, our fearless leader, with a ferocious dedication to her friends and family. She was a trailblazer, a first generation feminist, a card shark, an infamous cake baker, a loan shark, a mama, a wife, a tyawtya, a sister, a friend, a Baba, and a 5-time great-grandmother.

For me, like for so many others, she was a significant lifeline whose absence will be deeply felt. When I think of Baba, I remember the cakes. The constant hum of twirling mixers and tasting buttercream directly out of the star-tipped piping bag. For 4 decades, through my eyes, one of her main reasons for living was to feed people, especially grandchildren. When it came to her granddaughters, she was ferociously devoted to getting to see us. 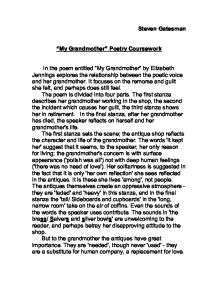 She made her way, by whichever means necessary, even with a police escort, to visit Michelle in Binghamton, with blueberry bleenee - enough for her and her college friends. Or the time I lived on Wall Street, around the corner from the Stock Exchange with crisscrossing traffic patterns she somehow ended up in the high-security rotary in front of the Exchange.

My grandmother perpetually preached the importance of speaking Russian and was my first teacher. When invited to a party, she always went. Else you are just whiling away time in a futile hope to leave a mark. For longevity after you're gone, an achievement must be somehow transcendent. Bill and Melinda Gates will be remembered for their contribution in eradicating many diseases more than for Microsoft. Would anyone remember the stock price of Amazon or Apple, 50 years from now? Present innovations and technologies will be obsolete in less than 50 years and most of the companies and human beings alive today will be dead.

It amuses me when I hear of jargon such as "wealth creation", "competitive advantage" etc etc.

Narrative Essay About My Grandmother | Cram

It's all so shallow and meaningless. Endeavour to do something remarkable that will last beyond a quarter or a year or 10 years. When collectively each one of us on this planet endeavours to create a symbolic Taj Mahal, many Taj Mahals will eventually come up. It surprises me that everything in the present world is grey nowadays. He is good but , he is right but , we should do this but, I agree with you but let me come back to you In this short life, have the courage to stand by your values and convictions.

I will miss you Biji—you led a simple and graceful life and your death taught me the resume I would want to build in life. Get our top news delivered to your inbox every morning, Monday to Friday.